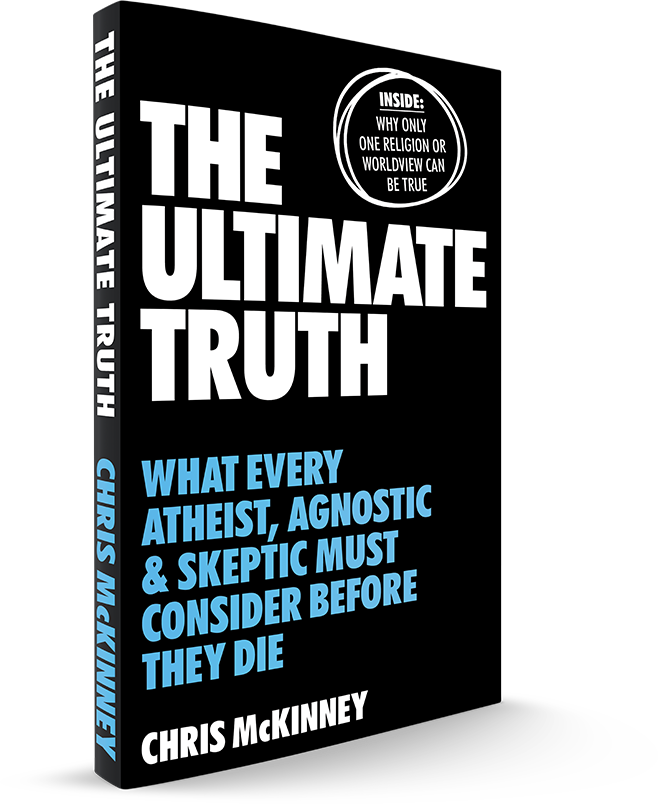 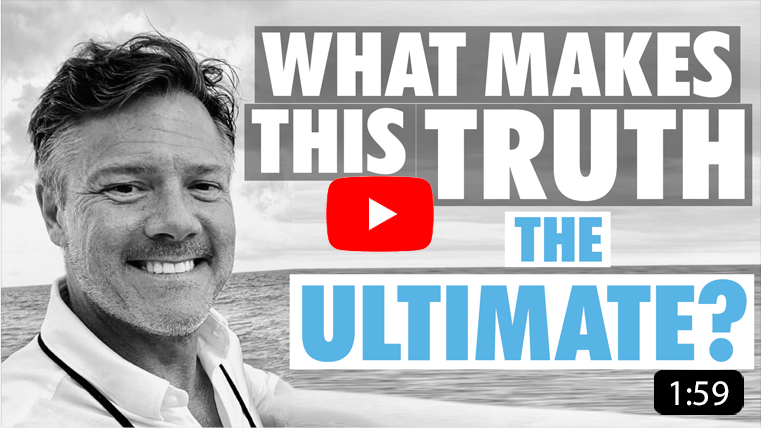 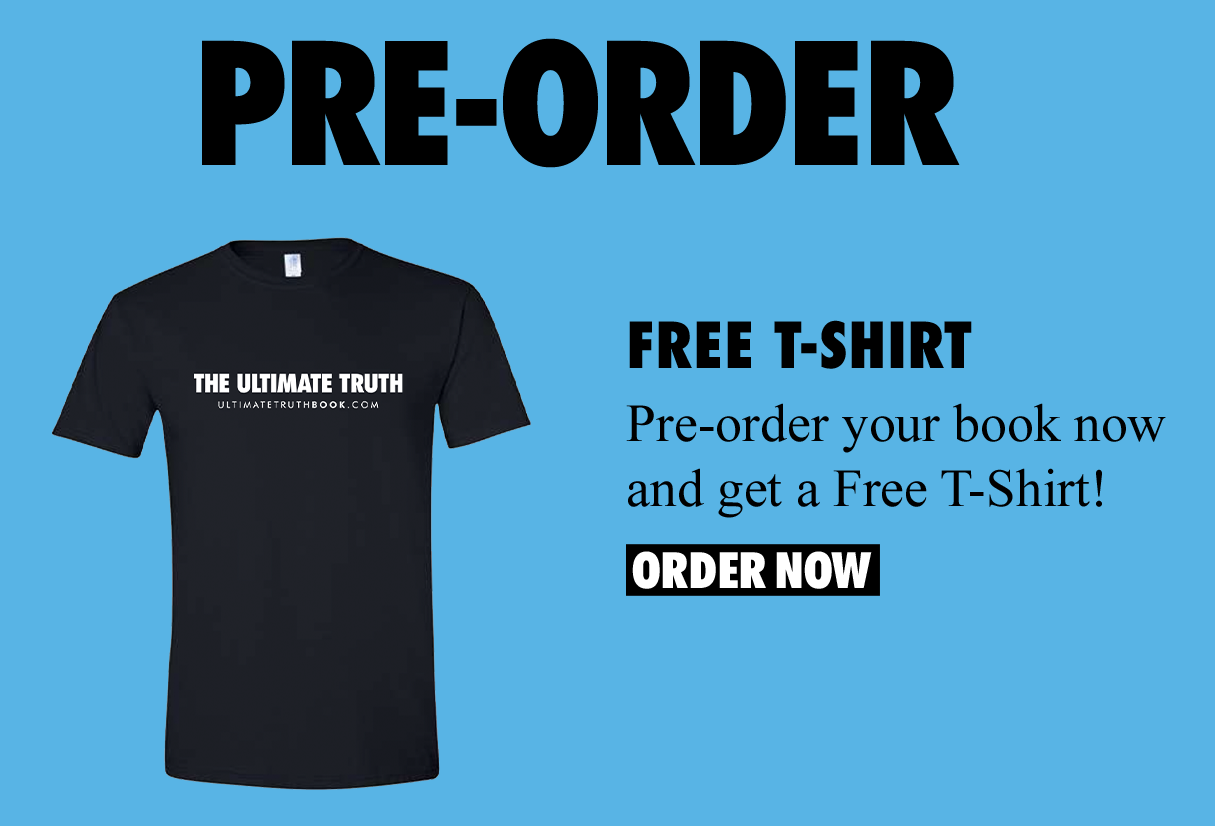 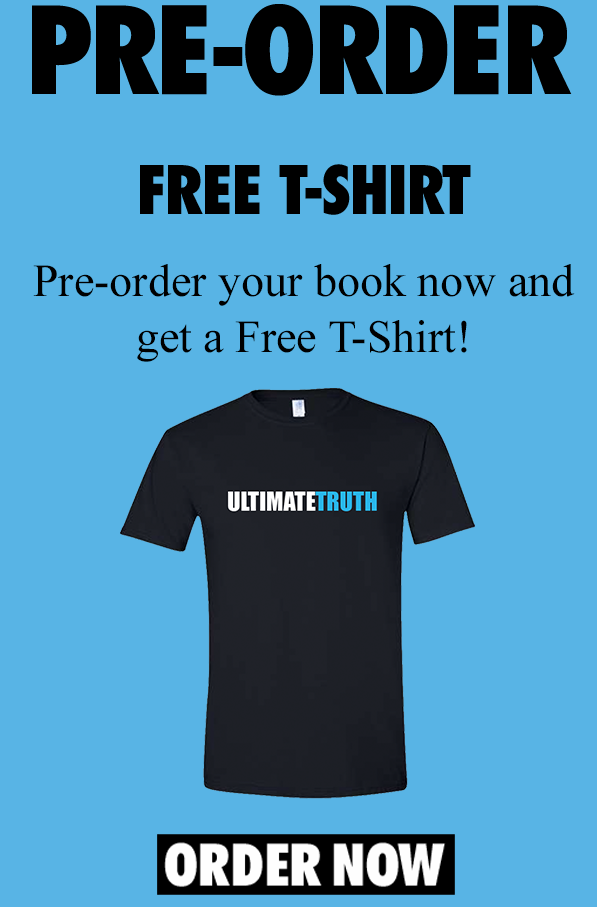 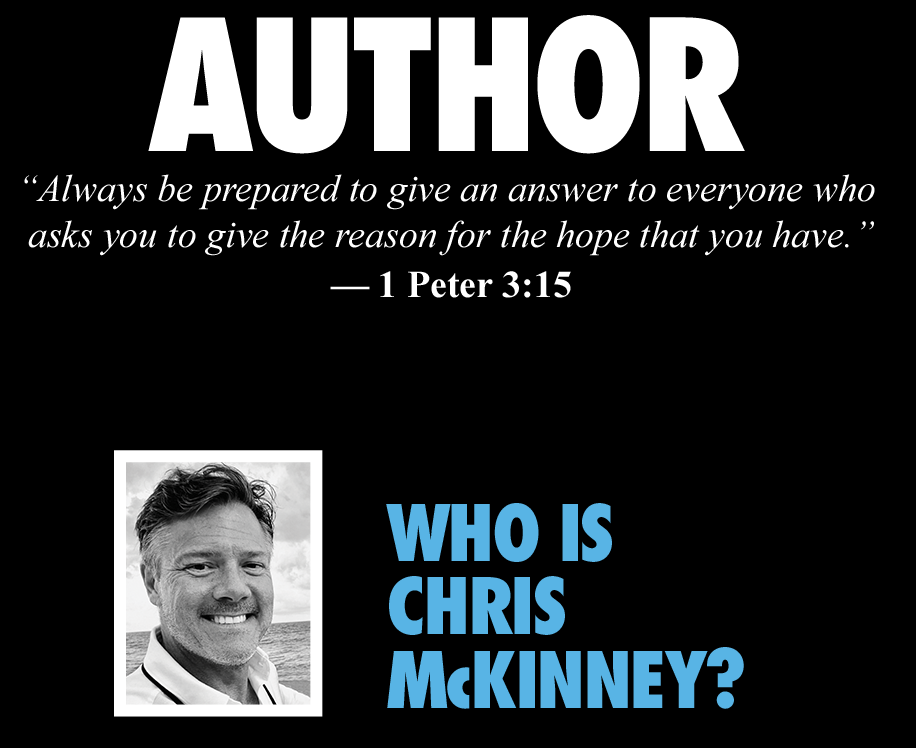 Chris McKinney is an author, speaker and business owner. He lives in the Dallas area with his wife, I'Onika and are members of Gateway Church in Frisco, TX where they serve in various capacities. When his schedule allows, Chris competes in USA Track & Field masters division and is a current National Champion.

My Unapologetic Search for Truth
My name is Chris McKinney. I’m not a scientist, a theologian or a philosopher. I’m simply a writer and researcher obsessed with finding the truth about the existence of God and the validity of the Bible.

In addition to The Ultimate Truth, I’ve written two other books, both of which are in the self-help/career genre.

So, how did I jump from helping people find their dream jobs to helping truth-seekers examine the most compelling arguments for and against the existence of God?

I can trace it back to a text I received from my brother. This text included a link to a documentary about “End-Times” prophecy. Normally, I’m not a big end-times guy. However, this documentary hit home and was the spark that ignited the fire to tackle such a massive, complex subject.

As a follower of Christ, I’m also an introvert. My desire to win people to the Lord was there, but I’ve allowed my reclusive-like nature to hold me back from sharing the Good News of the Gospel like we’ve been commanded (Matthew 28:19-20).

After watching the documentary, I felt moved to do something to help build the Kingdom. I just didn’t know what it was. So, I prayed this simple prayer: “Lord, show me what I can do to make a difference in people’s lives that will lead them to the truth, which can only be found in you.”

About a week after I prayed that very specific prayer, along with meditating on Scripture, the idea for this book was laid on my heart. The original title was, “Why I believe in the Bible and You Should To.”

However, as I began this research journey, I discovered that the definition of, “Truth,” within today’s culture, has spun into a complete lie. Bobby Conway, founder of The One-Minute Apologist, said in one of his videos, “The majority of students entering college today believe truth is subjective.” This was shocking, to say the least.

Another similar lie being taught at schools and universities is that, ‘truth is relative.’ These blatant lies about truth were much bigger and more widespread than I thought. I realized that, “Truth” had to be the central theme of this book and to show evidence — using logic, science and fulfilled prophecy — that absolute truth does indeed exists.

There are many religions, including atheism, but only one can be correct. When you consider the consequences at stake, this is the most ultimate truth of all. That’s how I settled on The Ultimate Truth.

Fortunately, giants in Christian apologetics have already laid the groundwork on this complex and challenging subject. I thank God for C.S. Lewis, Norman Geisler and Josh McDowell. These are just a few of the great thinkers that have already done the heavy lifting, not to mention Dr. Frank Turek, Nancy Pearsey, Lee Strobel, Gregory Koukl, Sean McDowell and many others, who you will find in the footnotes.

Do We Really Need Another Apologetics Book?
Not to discount Josh McDowell, who has sold over 15 million copies of, More Than a Carpenter, but the likelihood that my audience will pick up Josh’s book, or a book from the other authors mentioned, is few and far between.

So yes, we do need another book on Christian apologetics, especially one that speaks in simple terms and will appeal to young athletes, masters athletes and anyone who is honestly seeking the truth about the existence of God and the claims Jesus made about himself and the afterlife.

Will I sell 15 million copies? Unlikely. But with God, anything is possible. And if I only sell 15 copies, and one honest doubter becomes a true believer, it’s all worth it!

You can reach me here.